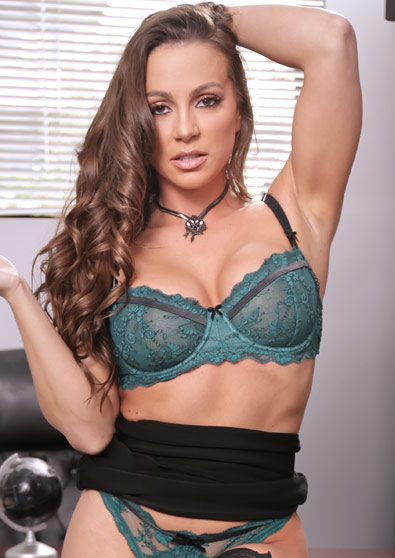 Abigail Mac was born in Columbia, Maryland on June 2 nd , 1988. This petite little Gemini is of mixed German and Italian descent, and has an ass any man would kill to get their hands on. She grew up like any regular kid, taking part in sports, cheerleading, choir, and even worked as a hostess at a restaurant while in high school. She made the decision to get breast implants at 19 years old and her chest is now a shapely 34D. You don’t have to worry about that silicon because if you have this little hottie bouncing on your lap your mind will be elsewhere. These days Abigail is long past her time in school but still has all the boys still chasing after her, although with a body like hers, can you really blame them!?

Mac began her career in the adult entertainment industry as a web-cam girl, and also did the occasional modelling job. She eventually caught the eyes of the right people and received an offer from an independent studio in Los Angeles and made the move out west to give it a shot. Needless to say, she made the most of her opportunity and it wasn’t long before she started being recognized for the great work she was doing.

Even though porn stars have wild sex on camera all the time, they like to have their own crazy fun in their personal lives as well. Abigail had the same boyfriend throughout high school and they always had the same old boring sex, but eventually she moved on and became a lot more wild and free. The wildest sexual experience Abigail ever had off-screen was with a guy in college. They were walking together on campus when she was pulled into a house that was under construction. She was quickly bent over and fucked good and hard, right there in the middle of the day. The fact that the construction crew could have come back from their break and caught them at any moment only made it hotter!

These days, Abigail likes to stay fit in her free time by hitting the gym a few times a week. She is also very active on Twitter and Instagram, so don’t be shy to say hi and let her know how much you enjoy watching her videos! 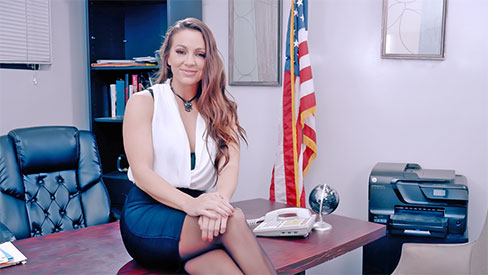 Behind The Scenes Interview With Abigail Mac Abigail Mac
85% Feb 8, 2018 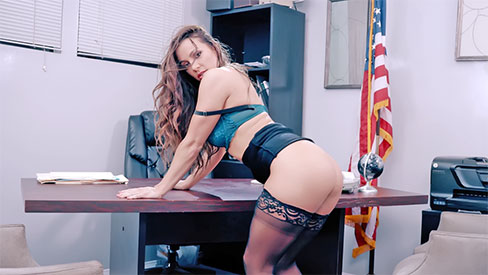