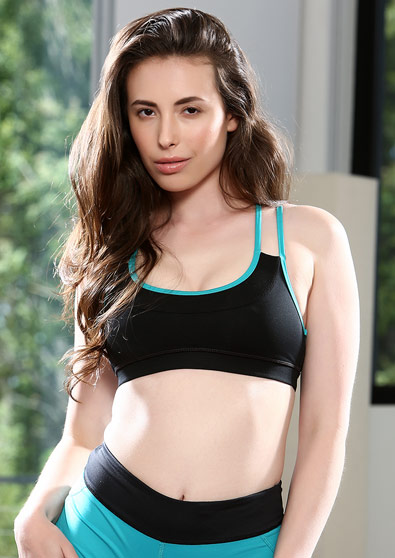 Casey Calvert was born in Gainesville, Florida on 17 March 1990.

Casey is a stunning girl-next-door type babe, with an all-natural curvy body, a supermodel face and an incredible head on her pretty shoulders.

Casey grew up in Gainesville Florida and describes herself as a "shy tomboy". Growing up, she was very into sports such as gymnastics and rock climbing and while she had a small group of friends, she was pretty quiet at school. Once Casey graduated high-school, she went to study at the University of Florida, where she got her degree in film and graduated with the highest honors — she also managed to become the national collegiate rock-climbing champion!