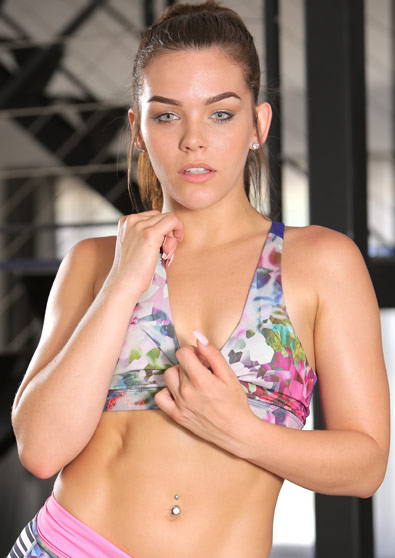 Kimber Woods was born on 2 February 1993 in Miami, Florida.

Kimber is a spicy Cuban and Lebanese mix with the looks and body of a supermodel and the self-described sex-drive of a “16-year-old boy going through puberty”. Kimber has luscious black hair, a big bubble-butt and a beautiful smile.

Kimber was raised in Miami, Florida in a liberal and supportive family. While she was growing up, she devoted herself to the study of the traditional Japanese martial art of Go-Ryu. A teen martial arts prodigy, Kimber got special permission at 15 to test for a black belt and was one of the youngest ever female holders of the qualification. She was also an undefeated junior MMA champion for several years.

While she was shy around guys because she was “scared of big penises”, Kimber’s relationship with the ladies is another story altogether and she’s “lost count” of how many girls she’d slept with by the time she was 17. Kimber’s first lesbian experience was with a friend “who was the hottest girl in the 8th grade”. One day while the pair were at home alone, the conversation turned to kissing and soon the girls were practicing their technique on each other. Kimber says that “kissing soon turned to licking” and she’s been a fan of girls ever since.

When she first started out in the industry, Kimber’s stage name was Lexi Vexxx, but after a while she got sick of that name. After some trial and error, Kimber’s agent came up with the first name “Kimber” and her boyfriend suggested the last name “Woods”.

Kimber says she loves working in the industry because she gets paid to have sex with beautiful people every day. She considers herself “very bisexual” saying that “humans are way too beautiful to stick with a single gender”. Kimber also likes shooting with older men and women because they are more experienced sexually and are more focused on giving and receiving pleasure.

Kimber is “a very horny person by nature” so a lot of things get her off, but she especially likes the smell of perfume and cologne and loves it when people want to lick, kiss and worship her feet. Her favorite position is missionary, because she has a very shallow vagina and the position is both intimate and allows the man to dominate the woman. Kimber also likes being tied down and gagged and likes to alternate between being submissive and dominant. She enjoys “really rough sex” and likes “complete and total abuse” in the bedroom. Kimber’s ultimate fantasy is to be asleep at home and have a guy break in and fuck her while she’s sleeping.

When she isn’t shooting electric new scenes for FuckingAwesome.com, Kimber enjoys training for MMA and hitting the gym, she is also an accomplished soul singer. Her favorite movie is Mean Girls as well as “any Disney movie ever”. Her favorite TV shows are Game of Thrones and Stranger Things and her favorite foods are pizza, mac and cheese and dinosaur-shaped chicken nuggets. 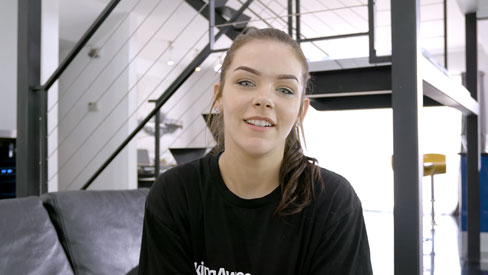