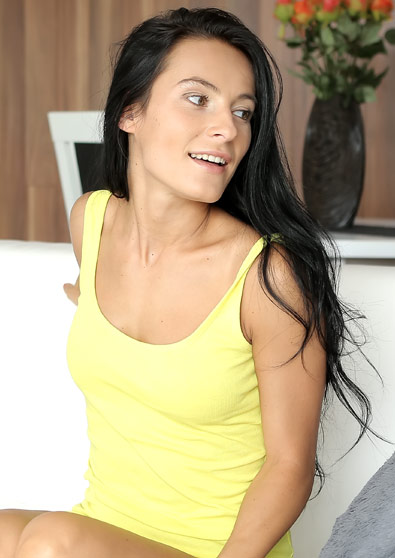 Lexi Dona was born on 23 September 1992 in the Czech Republic.

Lexi is a smoking hot European babe. She is tanned and toned, with an incredibly tight ass and perfect 32B breasts. She personifies everything we love about European women. She’s drop-dead gorgeous, knows how to take care of a man and has a sex drive that would leave most guys begging for mercy.

Lexi Grew up in Prague and concedes that she was the “hot popular girl” in high school. While she was still 17, Lexi met her current boyfriend and adult industry performer Jason X at a party. Initially, Lexi was “a bit of a bitch” but Jason wasn’t easily put off and he got her number anyway. It wasn’t long until the pair hooked up and started dating and they’ve been together ever since.

After she graduated, Lexi began studying hotel and travel management while also working as a clerk in a sporting goods store. Although Lexi worked her way up to store manager, she was still working long days just to make ends meet. One day she raised the idea of doing couples modelling work with her boyfriend for a bit of extra cash and he thought it was a good idea. The pair started out doing softcore shoots, before moving into more hardcore photographic work.

Away from the camera, Lexi enjoys traveling, following “any and every” type of sport, reading anything she can get her hands on, and spending time with her friends, family, boyfriend, and pitbull.