At 5ft 6 in, this 134lb brunette has beautiful DD breasts and is an ethnic mix of black, white, Vietnamese and Cherokee. She is fun and flirty and loves nothing more than to suck dick.

Growing up, Aalihya wasn’t very sexually experienced initially and she grew up as an innocent "child of the Lord". Aalihya didn’t have her first kiss until she was 16 and didn’t lose her virginity until she was 17. She did it in a hotel room with her long-term boyfriend.

Aalihya is a real pleaser and absolutely loves sucking dick, if she could, she’d suck it all day. In the future she looks forward to working with Ricky Johnson, Jason Brown and Mandingo and participating in a blowbang and some hardcore bondage. 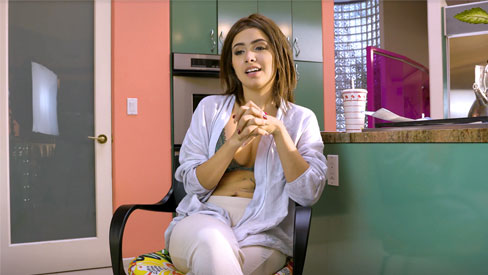