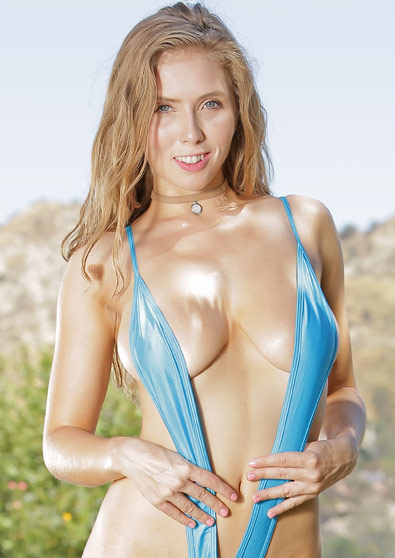 Lena Paul was born on 12 October 1993 in the Southeastern United States.

Known for her spectacular all-natural 32DDD tits, perfect body and vivacious personality, Lena has rapidly risen in popularity since starting out in the industry in 2016.

Lena was raised in a “very conservative” family and grew up in a small town in Georgia before moving all over the Southeast. Lena says she was the definition of an “early bloomer” and that she started getting breasts when she was only eight years old. She says she had double D’s by the time she was 11 or 12 and that she had the full body of a woman soon after. Lena lost her virginity when she was 19 to her high-school sweetheart, and says she was very careful about choosing who to lose it to because she knew all the boys were after her body.

Lena worked various odd jobs during high-school, including building computers and working as a maid at a resort. Her first car was a Chevy S-10 pick-up truck and Lena says that one of the reasons her parents liked it and allowed her to buy it, was because “it had no back seat”. After she graduated, Lena went to college at the University of Louisville in Kentucky and finished her degree at a college in Florida, because she wanted to be closer to her long-term boyfriend who she was “madly in love with”.

Lena got into adult entertainment while she was working as an entrepreneur at an agricultural start-up in Central America. She got into webcamming as a way to pay her workers, and she would work on her business by day and get herself off on camera from “hotel rooms in Guatemala” by night.

Lena’s stage name is an homage to the “old Hollywood glamour” that she loves and she chose the first name “Lena” in honor of actress “Lena Horne”. Originally Lena used the last name “Peach”, but says the name didn’t work so she changed it to “Paul” as a nod to Les Paul.

Lena says that sex work has been an “incredibly positive” lifestyle change and that she loves the freedom her job gives her to pursue side projects and set her own schedule. Lena made a deal with herself when she started out in the industry that she wouldn’t change herself for the business, and that is why she maintains a symbolic bush in most of her scenes.

Lena says that the secret to the awesome sexual chemistry in her scenes is that she makes the person she is shooting with feel like they are the sexiest thing she has ever seen. Lena’s favourite performers to shoot with are Reagan Foxx, Eliza Jane, Cassidy Klein, Lucas Frost, Manuel Ferrara and Steve Holmes.

When she isn’t mesmerizing the FuckingAwesome film crew with her incredible sexual energy and bouncing DDDs, Lena enjoys cooking and go to the gym. Lena’s favorite foods are, southern soul food, Thai and sushi. Her favorite TV shows are House of Cards, the Man in the High Castle and The Wire. Lena is also an “obsessive gamer” and enjoys playing League of Legends and Skyrim. 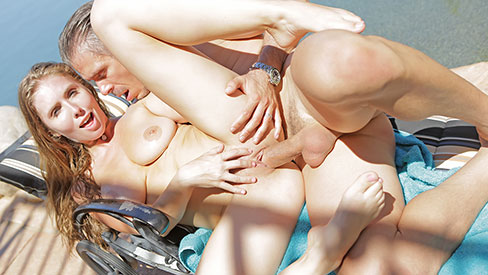