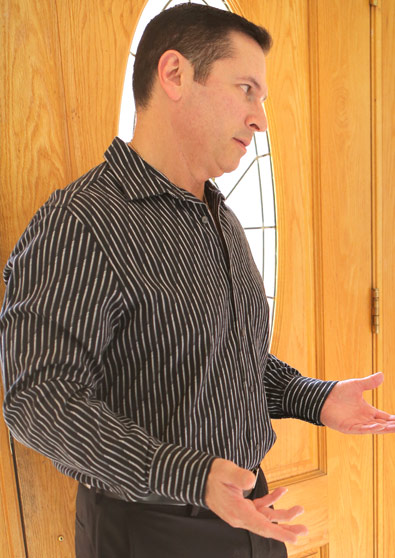 John was born in the Soviet Union and came to America when he was 11 because his mother didn’t want him to be conscripted into the Soviet army at 18 and fight in the Afghan war. John and his mother first moved to New York and while America was a huge culture shock initially, he quickly took to the American way of life. After 6 months in New York, John moved to LA where he went to high-school.

On his way to the shoot John was nervous because he had no idea what to expect, but he impressed the director with his ability to stay hard and perform under pressure and he’s been working in the industry ever since.

John says that while he doesn’t have anything left to tick off his bucket list, he is “addicted to pussy” and never gets tired of fucking hot women. He prides himself on never having had to use pills to stay hard or get an erection before a scene.

When performing in a scene, John looks for girls who have great sexual energy and are really “in the moment” with him.

In his spare time John enjoys, watching sports, hitting the gym, and camping in the wilderness.